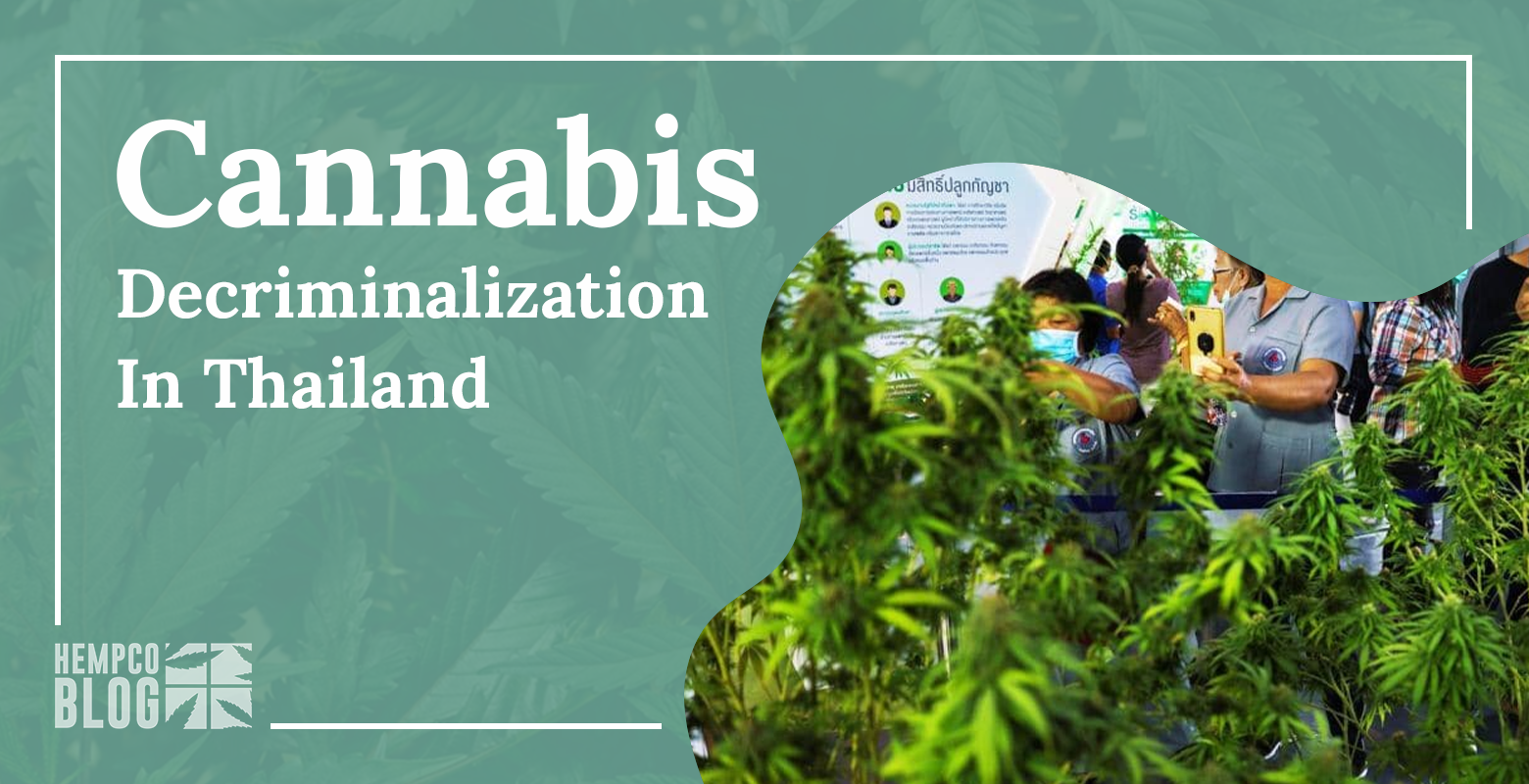 Cannabis is taking the world by storm, and Asia is also beginning to embrace it. Thailand is at the forefront of cannabis evolution in Asia as the first country to allow individuals to grow the plant at home. Thailand’s government announced in January 2022 that they are removing cannabis from the controlled substance list.

The decriminalization of cannabis in Thailand is a significant shift that will optimize tourism and the economy. This new development is coming after two years of becoming the first country to legalize medical marijuana. In addition, 4,000 prisoners convicted for cannabis-related crimes will be acquitted. As a result, these individuals will no longer have a criminal record, and rightly so.

Anutin Charnvirakul, Deputy Prime Minister and Health Minister of Thailand has been at the forefront of what seemed like an unwinnable battle just a few years ago – Finally, something good has come from “The New Normal”…

In addition to helping secure, this landmark decision, he has also promised 1 million cannabis plants to the public. According to Charnvirakul, “It is an opportunity for the people and the state to earn income from marijuana and hemp.”

With demand for cannabis products in established markets skyrocketing (USA/Canada) due to the mountains of red taping weighing down production. Couple this with Thailand’s rich farming culture and dependence on exporting products. Thailand stands primed to take advantage of this cash crop and in a twist of fate nobody could’ve seen coming less than a decade ago; Thailand is now poised to lead the whole Australiasian region for cannabis.

Announcing the new cannabis policy in 2021, Charnvirakul stated that families could grow about six pots of cannabis plants to supply research facilities, hospitals, or use in cosmetics or food. The law also mandates that all cannabis extracts must have less than 0.2% THC (the primary psychoactive compound in marijuana). However, companies intending to grow cannabis on a large scale may need to obtain a special permit from the government.

Mr. Anutin further stated in a Facebook post that the focus of the new policy was health and medicine instead of entertainment. He firmly believes that cannabis has better effects “if used wisely” than cigarettes and alcohol, both of which are legal. Therefore, reforming the law is not a license for intoxication.

Nevertheless, creating a “public nuisance” on the recreational use of cannabis can warrant a fine of up to 35,000 baht or three months of jail time.

The Thailand Food and Drug Administration (FDA) has granted a license to grow cannabis on about 800 hectares of land. Certified cannabis health professionals and traditional doctors can prescribe cannabis treatment to clients. In addition, the FDA has registered about a thousand cannabis-related products such as cosmetics and food.

Furthermore, the FDA has a license and registration scheme for regulating and monitoring the cannabis industry. However, Anutin indicated that a new bill on cannabis would be submitted to the parliament to define the exact framework regulating its manufacturing and sales within the country.

The ministry of public health announced on the 9th of June 2022: that “only cannabis extract with tetrahydrocannabinol (THC) of more than 0.2% by weight will be considered a narcotic.” This implies that anyone can grow, sell, or purchase cannabis and its derivatives in Thailand.  In addition, you do not require special licenses to grow, manufacture, and distribute cannabis and its products.

The global legal cannabis market’s worth is speculated to rise to about $175.5 billion by 2028. As a result, the government of Thailand is interested in promoting marijuana as a cash crop. In addition, cannabis is encouraged in cooking and traditional medicine. Therefore, the use of cannabis for recreational purposes is still unclear.

Benefits to the people

Thailand was not the only Asian country to ban the cultivation, possession, and use of cannabis. Irrespective of the ban, many countries use marijuana for cooking and medicinal purposes.

Thailand took the bold step to offer its people the miracle plant without the usual stress in 2018. The government described the legalization of medical marijuana as a “New Year’s gift” to her people.

Furthermore, the government hopes that farmers will optimize this opportunity to be part of one of the biggest growing industries in the decade.

Thailand’s government also approved cannabis to treat conditions like anxiety, cancer, and epilepsy. Then, in 2020, the first cannabis clinic in Bangkok was opened by the government to improve the health of the people.

Ms. Kuttanam, a single mother combating breast cancer, was very happy with the decriminalization of cannabis. She grows her marijuana as a source of painkillers instead of taking the “conventional pain-relief therapy.” She admits that marijuana helps her deal with sleep, optimizes her appetite, and improves sleep quality. In addition, she thinks the government should do more to educate the public about marijuana.

Five years ago, in Thailand and other parts of Asia, talking about cannabis was forbidden. Therefore, the importance of educating the public is essential. They should understand the potential benefits, side effects, and dosing that could potentially put them in harm’s way. After all, they say, “Knowledge is Power.”

This new law in Thailand is undoubtedly an opportunity for advancement and investment. Individuals with capital can optimize this opportunity to diversify their investment portfolio. A Poll from March 2022 indicates that 76% of Thailand citizens knew about commercial cannabis products. in addition, more than half of the citizens have used a product containing cannabis within two years.

Some individuals are worried that the government involves polities in the issue of cannabis. The new policy is not the end of a government but the dawn of a new era. I hope the citizens of Thailand love it!!

The Industrial Hemp Association of Western …

Hemp Foods have been made LEGAL today